A digital illustration and sample for a 2D puzzle videogame. The aim of the game was to guess the value of a hidden number. The lanterns helped track the players' input and the chest would open when the hidden number was guessed. The jungle scene was painted in Photoshop, the lanterns modelled in Maya then painted over in Photoshop.

The 2D scene became a great subject for a 3D game scene. The elements were modelled in Blender, initially setup in Unity but eventually exported directly from Blender with baked lighting. 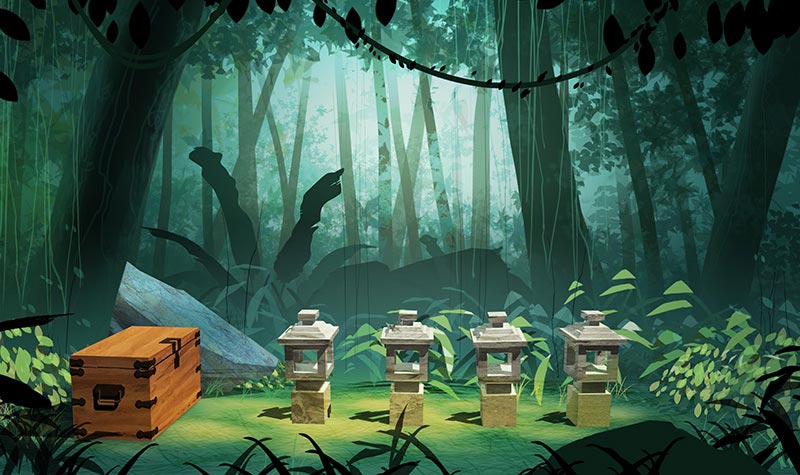 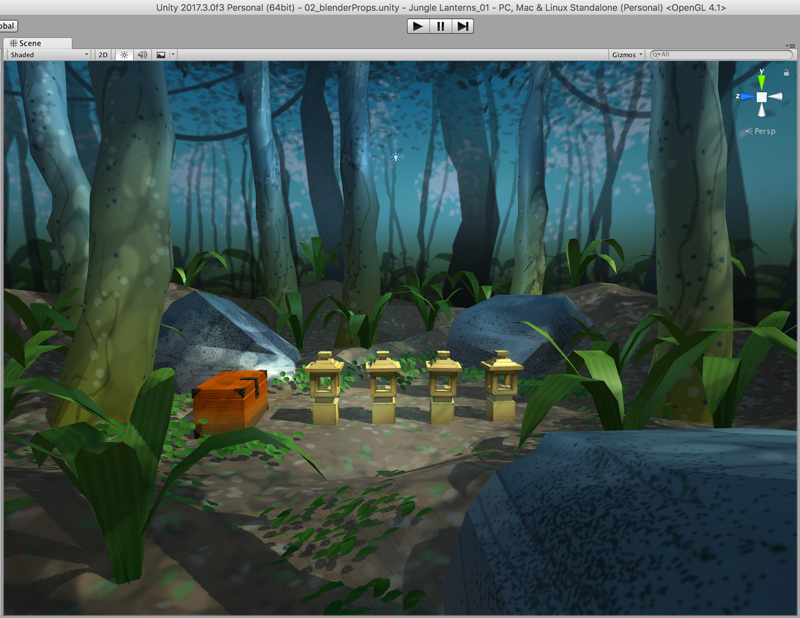 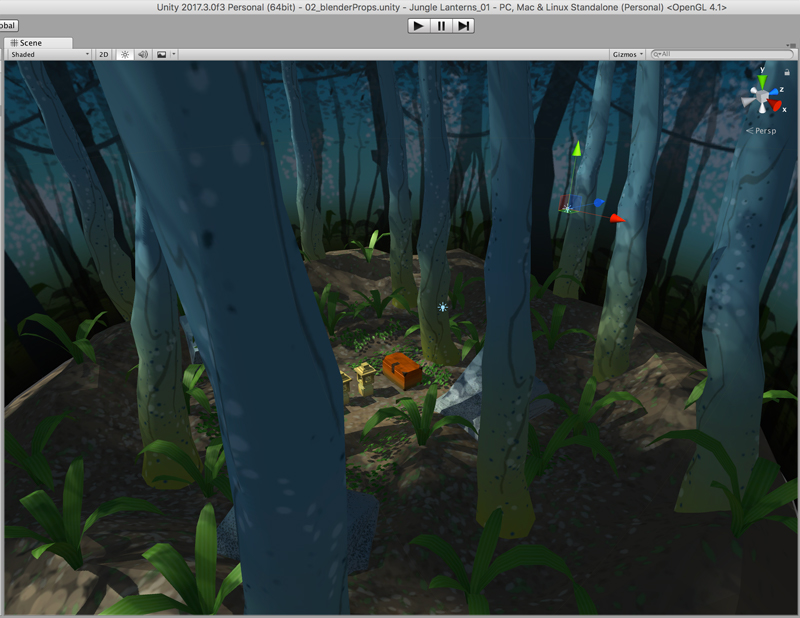 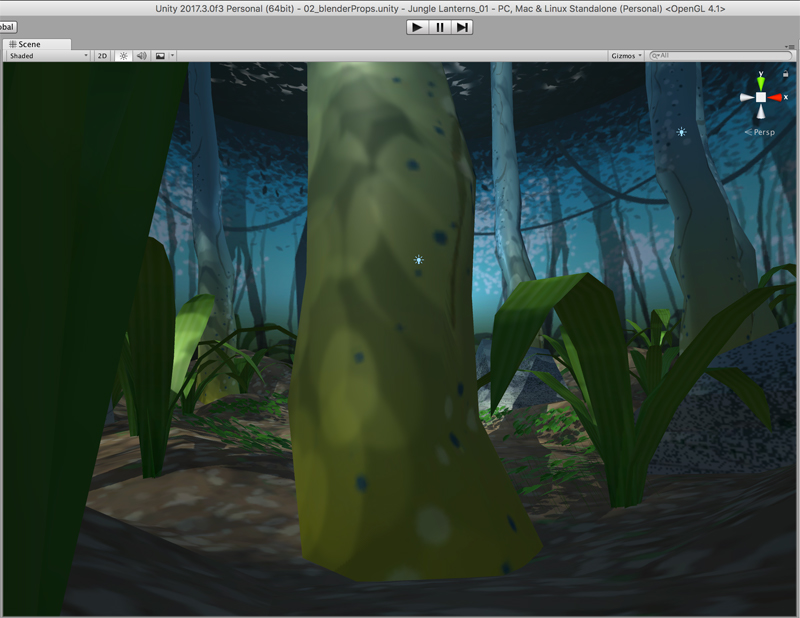